Ecstasy, an illegal drug of abuse, is a stimulant related to amphetamine. An ecstasy overdose can cause high blood pressure, a rapid heart rate, seizures, dehydration, a dangerously high body temperature, and death. An ecstasy user who develops medical distress should be seen promptly in an emergency room. 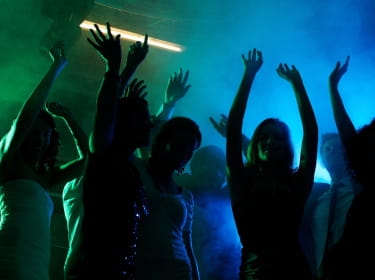 Ecstasy, an illegal drug of abuse, is sometimes called a "party drug" or a "rave drug". It is a stimulant related to amphetamine, sometimes taken during all-night dances or weekend-long parties. Users say it gives them energy, improves their mood, and helps them to relax. The drug is also known as MDMA (methylenedioxymethamphetamine), Adam, Eve, and a frequently-changing list of other names.

Neurotransmitters affected by ecstasy are serotonin, dopamine, and norepinephrine. Most of the effects are on serotonin. Serotonin is important for controlling mood, one’s sense of well-being, sleep, appetite, memory, and learning.

Because it is a stimulant, an ecstasy overdose can cause high blood pressure, a rapid heart rate, and seizures. Taking ecstasy while exercising – for example, dancing for a long time in a hot room – has caused dehydration and dangerously high body temperature, even death. Ecstasy users may have higher rates of anxiety and depression than non-users.

Troubling new research about ecstasy indicates that it might cause long-lasting serotonin toxicity. A small study of young women compared groups who did and did not use ecstasy. Brain imaging studies of the young women who used ecstasy showed harmful changes in serotonin receptors. This confirmed previous animal studies, in which animals given the drug developed toxic effects in the brain that lasted at least for several years.

Other possible problems relate to the ecstasy preparations themselves. Ecstasy is a widely-available illegal drug. Because it is illegal, there are no standards for its preparation. Pills sold as ecstasy may contain MDMA, the advertised ingredient – or they may not. A furtive chemist could put any number of contaminants into a dose of ecstasy or “ecstasy”.

And whether the pills contain ecstasy or contaminants, there is a risk of interactions with other drugs the user may be taking. For example, taking ecstasy while on antidepressants known as MAO inhibitors can cause the rapid onset of a fatal high fever. (Some MAO inhibitors are phenelzine/Nardil®, selegiline/Zelapar®, and tranylcypromine/Parnate®.)

An ecstasy user who develops medical distress should be seen promptly in an emergency room. Someone who is feverish, dehydrated, and has a fast heart rate cannot be allowed to “sleep it off”. A dangerously high temperature can develop quickly and lead to liver and kidney damage, effects on the heart and brain, and death.

Seven patients took (MDMA) in the same nightclub, and all presented to the emergency room on the same day with MDMA poisoning.

The Partnership at DrugFree.org offers information for parents about many abused drugs, including ecstasy.

Seven patients took (MDMA) in the same nightclub, and all presented to the emergency room on the same day with MDMA poisoning.