Pain medications are the single most frequent cause of pediatric fatalities reported to Poison Control. That's a skewed picture, because carbon monoxide deaths are under-reported. The table below shows poisoning fatalities in children younger than 6 years reported to US Poison Control from 2010 through 2014.

The substance categories with the largest number of deaths across all ages (and including intentional exposures) include sedatives and sleeping medications, cardiovascular drugs, opioids, stimulants and street drugs, and alcohols (NPDS, 2014).

U.S. poison centers collect data in real time and upload those data every 7.8 minutes (median time to upload). Real-time data are used to find hazardous products quickly, follow substance abuse trends, and detect chem/bioterrorism incidents. Under a grant from the CDC, the American Association of Poison Control Centers and its member poison centers conduct automated, continuous surveillance of poison exposure cases. Alerts are sent when there are an unexpectedly large number of cases in an hour, when there’s an unexpectedly high frequency of a specific symptom, or when there are cases with combinations of clinical effects suggestive of specific poisonings that might require a rapid public health response. Toxicologists promptly investigate these alerts and inform public health officials if outliers are suspicious for events or products of concern.

Unintentional poison deaths are on the rise in the U.S., increasing 160% from 1999 to 2009. Most (91%) of unintentional poisoning deaths are a result of drug overdose – especially from opioid pain medications such as methadone, hydrocodone or oxycodone. Nearly 15,000 people died in 2008 from overdoses involving prescription pain killers – a more than 3-fold increase over a decade. In fact, in 2010, the number of deaths from prescription opioid or narcotic pain relievers - including drugs such as Vicodin (hydrocodone), OxyContin (oxycodone), Opana (oxymorphone), and methadone – exceeded the number of overdose deaths from heroin and cocaine combined. And for every one of those nearly 15,000 prescription painkiller deaths reported in 2008, there were 10 treatment admissions for abuse, 32 emergency department visits for misuse or abuse, 130 people who abuse or are dependent, and 825 nonmedical users.4 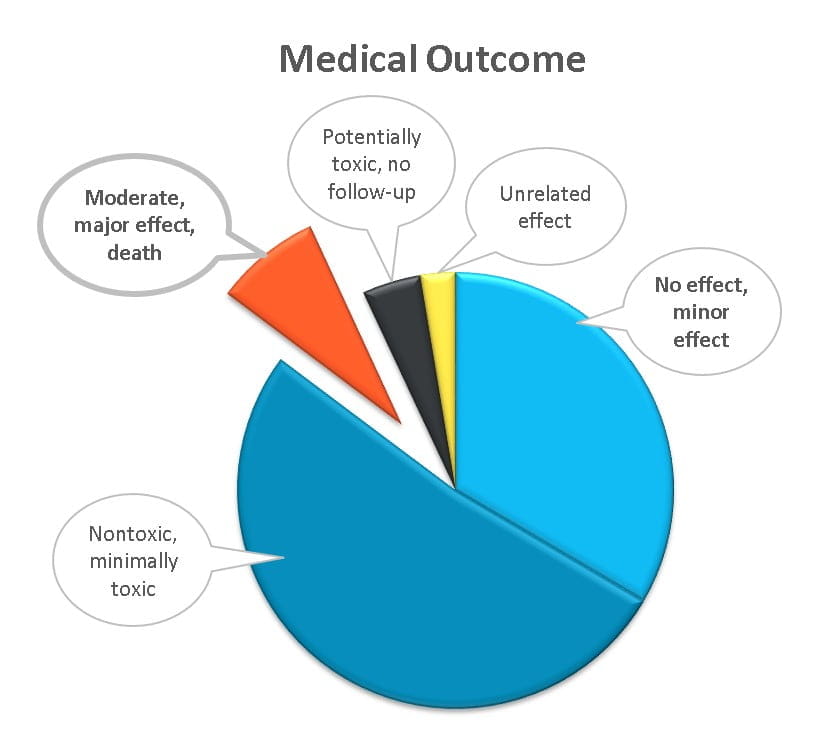