Protect the Water Supply Pharmaceuticals and Personal Care Products in Water: What Is the Bottom Line for Consumers? 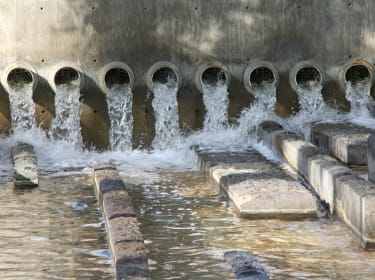 There are many ways for drugs and personal care products to enter ground water and surface water, which include water that we drink and use for recreation. Federal guidelines for safe disposal of medicines aim to prevent unintentional poisonings, misuse and diversion of discarded drugs, and to keep drugs within engineered landfills, instead of in the water supply. 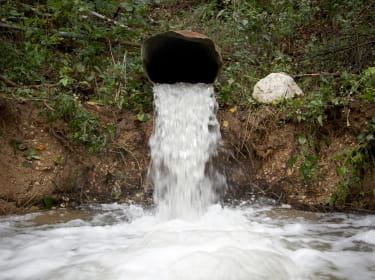 There are many ways for pharmaceuticals and personal care products to enter ground water and surface water. These include water that we drink and that we use for recreation such as swimming, fishing, and boating. Of course, water also is home to a multitude of aquatic animals. There are no studies to date documenting human harm from the trace amounts of pharmaceuticals and personal care products measured in water, but there are studies in animals which indicate possible concerns. Even though substantive measures would require major resources and cooperation by a number of government and private entities, there are steps that individuals can take to limit the amount of pharmaceuticals and personal care products that they introduce into ground and surface water.

How and why should consumers be concerned about drug disposal?

The federal government offered consumers the first-ever nationwide guidelines for disposing of household drugs in 2007.1 The goals were to prevent unintentional poisonings from unused and/or expired drugs in the home, prevent misuse and diversion of discarded drugs, and to keep drugs within engineered landfills, instead of in the water supply. The means suggested were simple:

The old recommendation of flushing drugs down the toilet or drain is no longer advised. Exceptions are for extremely toxic drugs and controlled substances which may be exceptionally unsafe if swallowed unintentionally, taken in overdose, or abused; the most common example is narcotic drugs.2

How do drugs and personal care products enter the water supply?

Even if all consumers followed these recommendations, there are many ways for drugs and personal care products to enter the water supply.  Examples include:

What drugs are found in drinking water?

The Associated Press compiled a list of pharmaceuticals found in tap water in several areas around the country. These compounds were identified in tests conducted by federal government agencies and individual water providers. Among the drugs that were found in tap water were acetaminophen, caffeine, antibiotics, antidepressants, anticonvulsants, antihistamines, non-steroidal anti-inflammatory drugs, steroids, and female sex hormones.5 The study notes that water companies are not required by the federal government to test their water for pharmaceuticals, many water companies do not routinely test tap water for these compounds, and most companies do not make test results generally available.

The U.S. Environmental Protection Agency (EPA) reported that, in addition to steroids and antibiotics, more than one hundred pharmaceuticals and personal care products have been identified in drinking water and other environmental samples.6 In a pilot study of fish from five sites near wastewater treatment sites and a control site in a non-polluted area, seventeen pharmaceutical compounds were found in fish from the five streams, including antidepressants and an antihistamine, but not in fish from the control site.7

The U.S. Geological Survey collected drinking water samples from ground-water and surface-water sites in half the U.S. states. Chemicals found included metabolites of nicotine and caffeine, bisphenol-A, fire retardants, and a number of pharmaceuticals.8

In an earlier study by the U.S. Geological Survey of 139 streams in 30 states, researchers assessed the water for the presence or absence of 95 chemicals. One or more was detected in 80 percent of the streams. Eighty-two of the 95 chemicals tested for were found at least once. In addition to pharmaceuticals, researchers found triclosan, used as an antimicrobial/disinfectant in consumer products; DEET, used in insect repellants; fire retardants; detergents; and plasticizers.9

Government and industry researchers note, though, that the chemicals are found in minute amounts. For as long as humans have ingested, injected, inhaled, or applied drugs and chemicals, these substances and/or their metabolites most likely have been entering the environment. Many or most of them are being identified now because testing has become increasingly sensitive. In other words, an unknown number of substances may have been present in water for some time, but it's only recently that technology existed to measure such small quantities.10 Some question whether drugs found in amounts as low as parts per billion, or parts per trillion, are even capable of causing harm, as these amounts are far lower than therapeutic doses.11

A number of pharmaceuticals and personal care products have been measured in tissue of aquatic species in the U.S.  For example, fish exposed to wastewater from a metropolitan area sewage treatment plant exhibited endocrine disruption, i.e. male fish produced female egg-yolk proteins.12  In a widely reported study of smallmouth bass from the Potomac River, male fish were found to have female ovarian tissue within their testes.13 Studies of pharmaceuticals and other contaminants have been conducted in many countries and have included insect and aquatic life as targets, with many types of alterations found in structure and function. No one believes that the presence of human drugs and other products is desirable in water and wildlife. Even so, it can be a challenge to ascribe some changes in aquatic life and other wildlife to the presence of drugs, personal care products, and other substances in the water if the baseline incidence of a particular abnormality is not known for comparison.

Are there implications for human health?

To date, no studies implicate chemicals in water with human health problems. There are concerns for a number of reasons, however.

Even with these potential concerns, the U.S. water supply is considered safe, based on current knowledge. EPA asserts that U.S. drinking water is among the safest in the world.14 (EPA notes that there are more than 155,000 public suppliers of drinking water in the U.S. and provides information for researching the quality of water in individual communities.15)

What is being done to monitor for and eliminate pharmaceuticals and personal care products from water?

Existing research regarding environmental pollutants is voluminous. Research is ongoing in several areas, for example:

What is being done now to eliminate drugs and personal care products from the water supply?

The EPA is considering more than 100 chemicals, including pharmaceuticals, for inclusion in regulations under the Safe Water Drinking Act. Also, the U.S. Department of the Interior is funding water infrastructure improvements.20

There are requirements that pharmaceutical companies and other industries discharge only treated water. Depending on the geographic area, there may be local regulations for agricultural and animal management that address environmentally sound disposal of animal waste and pesticides. Many health care facilities contract with disposal firms to discard unused pharmaceuticals in an environmentally sound manner. Community pharmacies and law-enforcement organizations sometimes sponsor community "drug take-back" programs, allowing consumers to turn in drugs that then will be disposed of safely, according to relevant hazardous materials guidelines. Water infrastructure improvements to limit or eliminate the number of substances released into drinking water are desirable but would be very expensive.

What can consumers do?

It would be ideal if drugs and personal care products, along with pesticides and other chemicals, never reached the water supply. Realistically, achieving this goal would require massive resources and cooperation among academic, private, and government entities. No one is advising consumers to stop taking needed medicines, using sunscreen and insect repellants, or medicating their pets as needed. Every consumer, though, can take individual steps to limit introduction of drugs and personal care products into the water supply.

The basic science research in this field is voluminous. Some targeted studies may be identified from the bibliographies within the web sites and references listed in the "Reference" section.