BPA and the Controversy about Plastic Food Containers Plastic Containers: Are They Harmful? 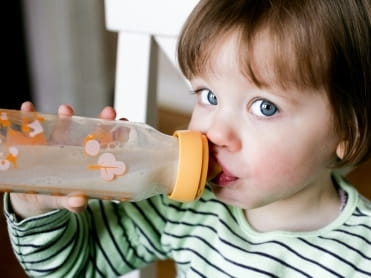 Bisphenol A (BPA), a chemical used to harden plastic, is found in a number of consumer products, including hard plastic drinking containers and the linings of infant formula and food cans. In animal studies, BPA imitates effects of estrogen. There is controversy about whether animal studies are relevant to humans. Some scientists and consumers suggest reducing exposure to BPA. 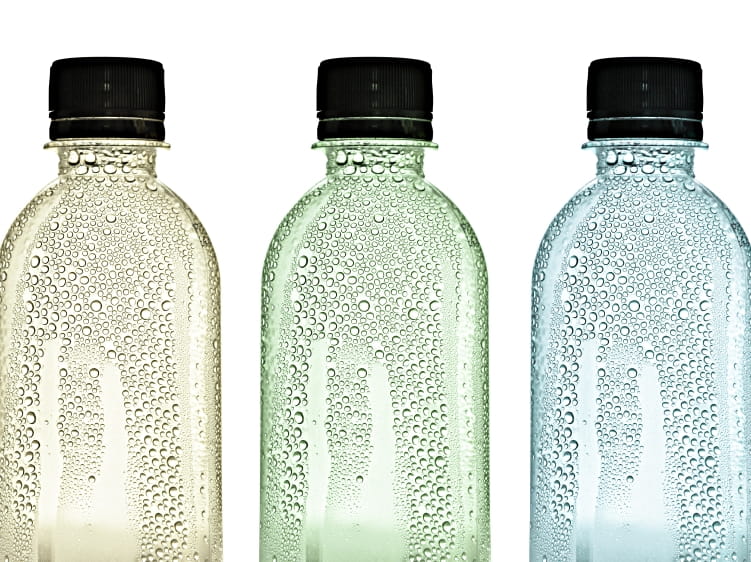 Bisphenol A (BPA) is a chemical used to harden plastic. It is found in a number of consumer products, including hard plastic drinking containers, hard plastic baby bottles and drinking cups, and the linings of infant formula and food cans. It is also found in the environment. In the United States, nearly everyone has measurable levels of BPA in their bodies.

In animal studies, BPA is an endocrine disrupter that imitates effects of the hormone estrogen. In animals, BPA is associated with estrogen-like effects, including changes in fetal/neonatal prostate glands and breast tissue. There is controversy about whether animal studies are relevant to humans. Some scientists and consumers are concerned enough that they suggest taking steps to reduce exposure to BPA.

Endocrine disrupters are synthetic substances that, when introduced into the body, either imitate or block the effects of the body's natural hormones. Naturally-occurring hormones include estrogens, androgens (e.g. testosterone), thyroid hormone, and pancreatic hormones. Therefore, artificial interference with hormone actions prompts concerns about reproductive effects and developmental effects, the body's ability to regulate metabolism, and the body's ability to use insulin, among many other possible effects. In animal studies, BPA has been shown to affect estrogens.

When a drug or chemical is introduced into the body, it is absorbed into the blood stream and circulated through the liver. Most substances are metabolized in the liver, that is, they are broken down into different or smaller chemicals that circulate in the blood stream and affect other body organs. Eventually, these metabolites, and any of the original unchanged substance left, are eliminated from the body. Many substances and metabolites are eliminated in the urine, though the gastrointestinal tract, skin, and lungs sometimes play a role in elimination.

Exactly what happens in the liver, how a substance affects body organs, and when and how it is eliminated, depend on many factors. When considering whether drugs, chemicals, and/or their metabolites can cause human harm, several factors are considered. Among them are:

The fact that a chemical is introduced into the body does not necessarily mean it is harmful. On the other hand, studies to absolutely rule out harm to humans are difficult to perform and may need to continue for decades for any conclusions to be drawn. For this reason, animal research is often used as the closest surrogate available to anticipate whether a substance may cause harm to human health.

What is Bisphenol A (BPA)?

BPA is a chemical with several industrial uses. Among other applications, it is used:

How are humans exposed?

Human exposure is primarily through eating food and drinking liquids that were in contact with BPA. BPA can leach from the plastic container or food can liner into foods and beverages. This seems to happen to a greater degree when the liquid is heated or the container is scratched and rough. BPA is absorbed readily when ingested, but the liver quickly metabolizes the chemical. It is excreted in the urine within 24 hours and does not accumulate in the body. In other words, if someone had a single exposure, it would be entirely gone from the body after a day. Repeated exposures are necessary to have measurable levels on a regular basis.

The majority of people in the United States have measurable quantities of BPA in their urine. In 2003-2004, the U.S. Centers for Disease Control and Prevention (CDC) assessed 2,517 US residents aged six and older. BPA was detected in the urine of 93 percent of samples.1 CDC notes that these data do not mean that adverse health effects occur; they are intended for use as a baseline for the general population.

There can be some environmental exposure, for example from industrial processes and recycling, but these exposures are not considered to be significant under usual circumstances.

There are some studies of BPA levels in particular populations.

Most of the information we have about possible health effects of BPA exposure is from studies in animals. Published animal studies number at least in the hundreds and perhaps in the thousands. The National Toxicology Program (NTP) of the National Institute of Environmental Health Sciences published its evaluation of the potential for adverse effects on human reproduction and development, based on a review of the available literature.5

NTP summarized what it considered to be relevant animal studies. In assessing these studies, "high" and "low" daily doses, based on the animals' body weight, were determined. Following is an abbreviated summary of NTP findings from animal studies:

After evaluating hundreds of studies, NTP noted that enough studies point to effects of BPA on the brain, reproductive tracts, and behavior to raise concerns for possible risks to humans. It further notes that there are so many different types of studies and study designs that their actual relevance to humans cannot be entirely characterized.

NTP also evaluated studies in humans seeking to determine if BPA exposure affects reproduction or development. It noted that there are only a small number of studies; these cannot be directly compared because of dissimilar study design, small sample sizes, and other factors.

Of the small number of published studies, there are a few which report associations between BPA exposures, as measured in blood or urine, and health effects, such as:

There are differences of opinion among researchers, health care providers, and parents and consumers about how much weight to accord the many different types of research findings.

The chemical industry argues that BPA has been used in consumer products for more than fifty years, it has been approved for food applications by many developed countries, and that human health effects have not been documented.6

Some scientists argue that there are too many differences among studies, and too many differences between humans and the animals studied, to draw conclusions. They note, for example, that rats metabolize BPA differently from humans and that infants, children, and adults metabolize BPA differently from each other. Some highlight the fact that hormones produced naturally in the body have different effects at high and low levels and that studies of BPA administered at high levels may not accurately reflect toxic effects of low-level exposure. They also note that comparing studies with different purposes, designs, subjects, amounts and routes of BPA exposure, and endpoints does not lead to convincing data.

Other scientists, along with some health care providers, parents, and consumers argue that the animal data are sufficiently compelling to act aggressively to limit human exposure. They note that the absence of documented effects does not mean that there are no effects, and further note that proving "no effect" is a very high standard, especially when discussing human health, and – more particularly – the health of children.

What steps are being taken to reduce BPA exposure in humans?

The plastics industry has already eliminated BPA in most baby bottles. It is also now possible to buy drinking bottles labeled "BPA free". There are efforts to develop linings for food and formula cans that do not contain BPA.

It's important to note, though, that maintaining canned food in a condition safe for human consumption remains essential. In addition, the U.S. Food and Drug Administration (FDA) recognizes that a safe source of nutrition for infants is a priority that currently outweighs possible concerns about BPA in infant formulas or foods for children.

What are the next steps?

Since most human exposure to BPA is through food sources, FDA is working with the NTP to research the potential effects of BPA on the brain, behavior, and prostate glands of fetuses, infants, and young children. While this evaluation is occurring, FDA is also taking steps to limit human exposure to BPA by supporting of industry efforts to limit or eliminate BPA in food can linings and infant bottles.7 It has prohibited use of BPA in baby bottles and sippy cups.8

How can consumers avoid BPA?

SUMMARY: Bisphenol A (BPA) is a plastic found in some hard plastic (polycarbonate) water bottles, baby bottles, infant cups, and metal can linings, including the linings of some canned baby formula. It has been used since at least the 1960s but lately there have been conflicting stories in the media about the safety of BPA. Should you be concerned?

Some groups have stated that this chemical is harmful to humans, especially children. Others state that there is a long history of safe use and that concerns are exaggerated.

Where does this leave the average consumer? In some cases, it's getting easier to avoid BPA, as manufacturers are discontinuing its use. Here are guidelines for people who are trying to avoid BPA.

State-by-state restrictions on the manufacture, sale, and/or use of BPA in consumer products (National Conference of State Legislatures)