Elementary  |   Poisons in opera and literature

Poisons and Antidotes in Children's Storybooks 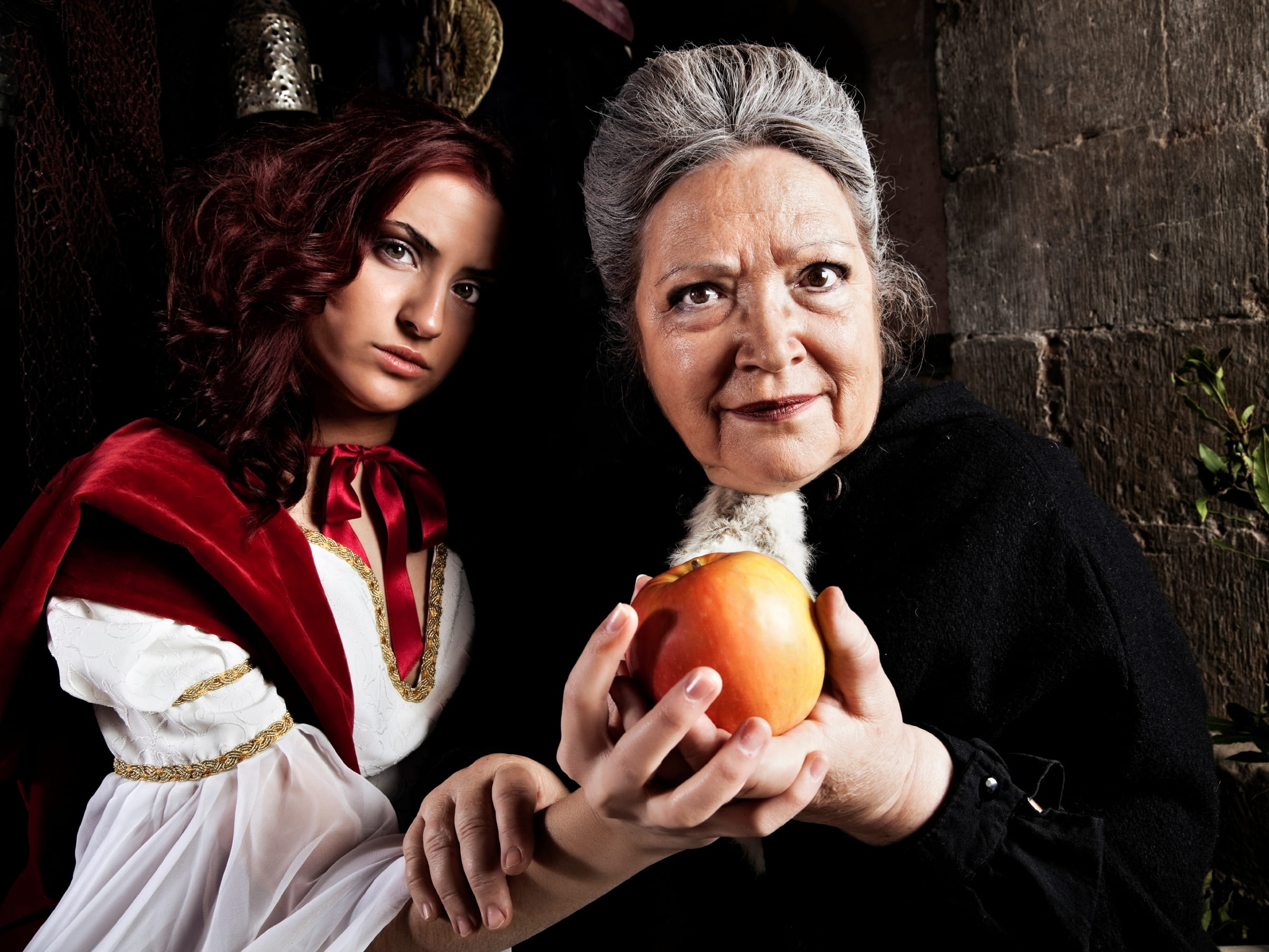 From the magical to the horrifying, children's stories provide a long list of poison prevention DON'Ts. There is a common theme in most of these magical stories, however. Poison prevention is important for people and animals of all ages, and seeking help is very important. 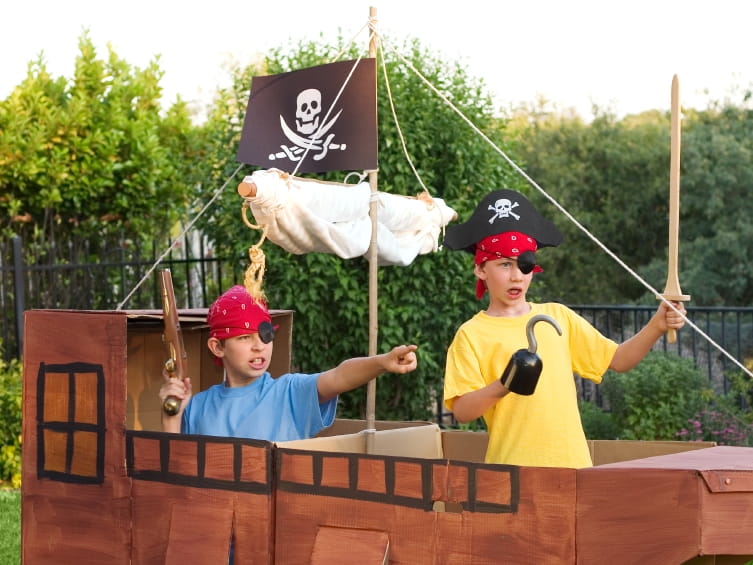 Poisoned apples? Poisoned wine? Poisonous "medicine"? Defeating your enemy with poison ivy? From the magical to the horrifying, children's stories, such as Snow White and Peter Pan, provide a long list of poison prevention DON'Ts. They also provide a list of magical remedies. Modern criminals might wish to imitate story-book poisoners, and modern toxicologists yearn for some of those magical antidotes!

We all remember that Snow White bit a poisoned apple prepared by her evil stepmother. She'd been warned, though. Before the poisoned apple came a poisoned comb. How on earth did the lovely Snow White end up in a coma - twice? She ignored the wise advice of her protectors, the Seven Dwarfs. They warned Snow White to accept no gifts, but Snow White disobeyed. This lesson might be lost on youngsters who remember only that Snow White was rescued by a handsome prince and lived happily ever after. (Reading carefully, we see that Snow White actually had a piece of the poisoned apple lodged in her throat. Might she have been suffocated instead of poisoned?) Today's health care providers can dislodge foreign objects, but they are not yet able to cure poisoning by means of love at first sight.

In the mid-1800s, Alexandre Dumas enticed adventurers of all ages with tales of The Three Musketeers (or four Musketeers, if you read far enough into the saga). It is still easy to be swept along by tales of dazzling swordsmanship, unsurpassed horse-riding feats, gallantry, and political intrigue. The evil Milady did not appreciate such fine qualities in the heroes, though. Among countless offenses, she attempted to poison the Musketeers with wine. The Musketeers were saved from doom by their suspicions - the gift was supposed to be their favorite wine, but it just didn’t look right. The evil Milady succeeded in poisoning the gentle Constance, D'Artagnon's first and only love. Constance was more trusting, taken in by Milady's notorious ability to adapt her behavior to the schemes at hand. The Musketeers avoided their own death by poisoning, but were unable to revive Constance. In the absence of an effective remedy for Constance, they administered the only possible treatment remaining to them. Suffice it to say that things ended badly for Milady, and that their remedy is definitely NOT available to today's health care professionals! (If Milady had succeeded in eliminating our heroes, the saga might have ended with the first volume, instead of continuing for four more.)

In the early-1900s, J.M. Barrie created another use for poison, along with an ingenious remedy. The evil Captain Hook developed a deadly poison, one which he intended for himself should capture ever seem inevitable. He found another use, though - eliminating his deadly enemy, Peter Pan. A few drops into Peter's medicine should have done the trick. Hook was foiled, though. The selfless Tinker Bell swallowed the poison so that Peter could not. In despair, Peter called on the only remedy he knew, the numberless nameless beings who believed in fairies. Enough of them clapped, Tinker Bell revived, and another remedy unavailable to modern toxicologists entered the literature. Peter learned an important poison prevention tip - not to drink from a glass that he hadn't kept his eyes on 100 percent of the time. And as we know, Captain Hook paid the ultimate price for his deceit.

Later in the twentieth century, Susan Meddaugh told the story of Hog-Eye. A little piggy got lost in the woods and was captured by a wolf, which was determined to turn her into soup. The quick-thinking piggy challenged him to prepare soup as good as her mother's, thus sending him on many expeditions for ingredients. Finally, she sent him for a large quantity of "Green Threeleaf" Since the wolf couldn't read, he didn't know that he was in a LARGE patch of poison ivy! The piggy's knowledge of botany convinced the wolf that she had put him under a spell. When we leave the wolf, he is itching everywhere, one more example of misery inflicted on people who never learn the old saw, "Leaves of three, let it be." Since today's toxicologists have not developed any magic remedies for poison ivy, the best treatment is still prevention!

Janell Cannon provided a more gentle view of poisoning and its treatment in Little Yau. We never learn how Trupp the fuzzhead got poisoned, except that the poison came from a human garden. He was diagnosed on the basis of his coma and blue nose. Initial treatment with a healing quilt and Fever-gone, prepared by Little Yau, the title character, was ineffective. Fortunately for Trupp, the elders DID know of an antidote. Several fuzzheads disguised themselves as humans so they could find enough "thumbfoot" leaf to use as a cure. Many pages later, we learn that the thumbfoot cure was effective and Trupp began to recover. The fuzzheads realized that they needed to cultivate thumbfoot so it was close at hand, just in case. This is not unlike modern toxicologists, who must convince hospital pharmacies to stock unusual antidotes, because a sick poisoned patient might not be able to wait until the right antidote is located in some distant place.

There is a theme to this short selection of stories: poison prevention is important for people of all ages. Seeking assistance (in modern times, using the webPOISONCONTROL® online tool or calling Poison Control) is very important, and if there's a little luck or magic in the air, that's okay too.