Why do onions make you cry? 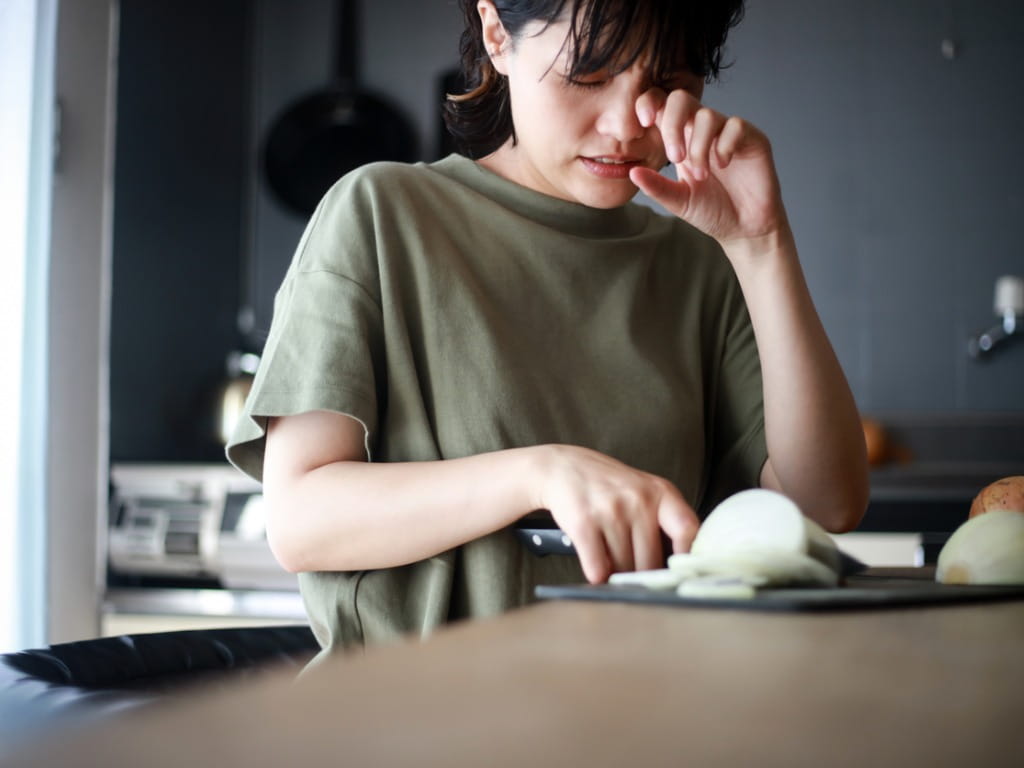 Onions are pungent, contain plentiful nutrients, and have many potential health benefits. When cut or damaged, onions can cause eye irritation and tear production due to the formation of a sulfur-containing chemicals (called “lachrymatory factor”). 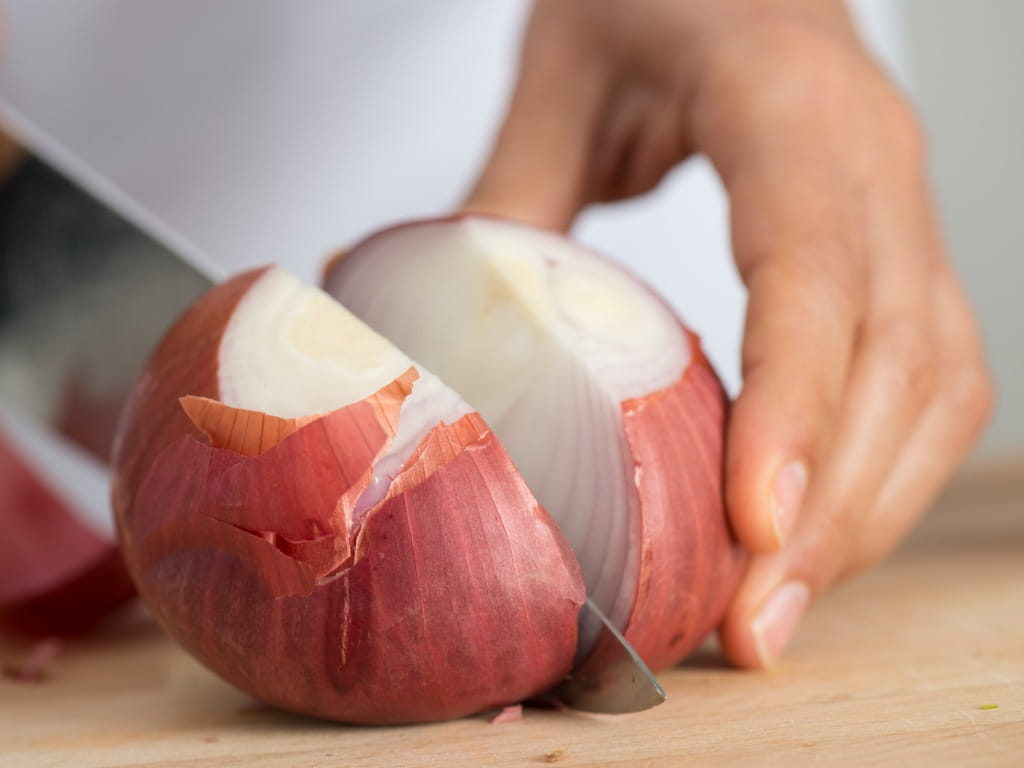 The Allium genus of plants includes approximately 500 species such as garlic, shallots, leeks, chives, scallions, and onion. Onion (Allium cepa) is one of the most popular vegetables worldwide. Eighty-five million tons of onions are grown worldwide each year, with the highest number of plants cultivated in China and India. The onion plant likely originated in central Asia but is now also grown throughout Europe and Africa as well as North America. The city of Chicago, once known for growing large amounts of onions, is named after a Native American word that described the characteristic odor of onions.

Onions are classified by their color (yellow, red, or white) and whether they are sweet or non-sweet. Regardless of their color or taste, onions are composed of mostly (89%) water. Onions also contain carbohydrates (9%), protein (1%) and vitamins (including B vitamins, vitamin C, manganese, and thiamine). Onions contain small amounts of sulfur compounds and flavonoids that are responsible for the potential health benefits and unique characteristics associated with the plant. While onions are associated with several beneficial health effects in humans, they are poisonous to some animal species. Dog and cats can develop anemia, bloody urine, and lethargy after eating onions.

Flavonoids are plant chemicals that have important nutritional and therapeutic roles in humans. Common flavonoids found in onions include anthocyanins (found in red and purple onions) and quercetin (found in yellow onions). These compounds have many reported health benefits including anticarcinogenic, anti-inflammatory, antimicrobial, and antidiabetic activities. Red onions contain the most flavonoids, followed by yellow and white onions. While storage does not appear to alter flavonoid levels in onions, frying onions decreases their flavonoid content. However, other culinary practices such as boiling, steaming, and microwaving do not significantly affect the flavonoid content of onions.

Sulfur compounds are responsible for distinctive flavor of onions. While intact onions have little flavor or aroma, sulfur compounds that are present within the onion plant undergo chemical reactions once an onion damaged. When onions are damaged (such as when an onion is peeled, cooked, or cut), an enzyme called alliinase is released from the injured cells. The alliinase enzyme then breaks down the sulfur compounds into other chemicals including sulfenic acids, pyruvic acid, and ammonia. These chemicals contribute to the characteristic flavor profile of onions. Other factors, including soil sulfur content, growing temperature, and water supply during plant growth, can also affect the intensity of onion flavor.

There are many suggested tips for avoiding the pungency and tear-inducing properties of onions. These include lighting a match, wearing sealed goggles, or cutting onions while they are submerged in water. To reduce tearing when cutting onions, the National Onion Association recommends chilling onions for 30 minutes prior to cutting and leaving the root end of the onion intact as it contains the highest concentration of sulfur compounds. Additionally, since the sulfur content of the soil can affect the pungency of the vegetable, some onions are grown in low-sulfur environments. These “low-pungency” onions now account for up to a quarter of the total onions consumed in the United States each year. However, due to their relatively high water content, low pungency onions are more perishable than traditional onions. Scientists have also explored whether lachrymatory factor can be eliminated in onions through the use of genetic engineering. For now, however, there is no foolproof way to avoid crying when cutting onions.

For questions about strange or unwanted reactions to foods, contact Poison Control for expert advice. Get an immediate personalized recommendation online or call 1-800-222-1222. Both options are free, confidential, and available 24 hours a day.

Forty-two diabetic patients were given a sugar solution, water, insulin, or 100 grams of fresh onion slices in a clinical trial studying the effect of onion on glucose levels. As expected, the patients who were given insulin experienced a dramatic decrease in their blood sugar values. The patients who consumed fresh onion slices also had a significant reduction in their blood sugar levels, suggesting that onion has an effect on glucose control.

Forty-two diabetic patients were given a sugar solution, water, insulin, or 100 grams of fresh onion slices in a clinical trial studying the effect of onion on glucose levels. As expected, the patients who were given insulin experienced a dramatic decrease in their blood sugar values. The patients who consumed fresh onion slices also had a significant reduction in their blood sugar levels, suggesting that onion has an effect on glucose control.